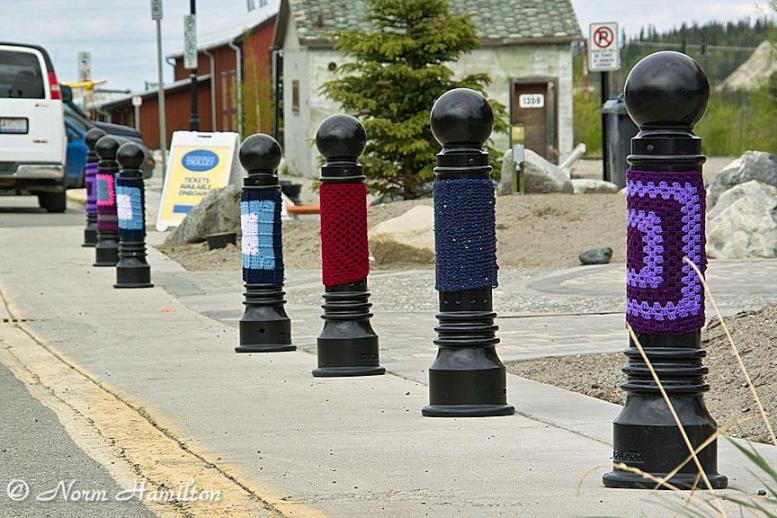 How wonderful to have a day entirely devoted to our favorite thing – yarn bombing!

June 9 was International Yarn Bomb Day we combined that with the kickoff of World Wide Knit in Public Day and celebrated by knitting under the DC-3 and prepping the inventory for our biggest yarn bomb.

As it was such a beautiful weekend and everyone was spending it enjoying the weather outside, we’ll be celebrating International Yarn Bomb Day again tonight.  On June 11  from 5-7pm we’ll be,hosting a  Sit & Stitch under the DC-3 Plane from  at the Yukon Transportation Museum, at 30 Electra Crescent, Whitehorse, Yukon, Next to the Whitehorse Airport.  If it’s raining, we’ll head inside the Yukon Transportation Museum.  Stop on by to learn how to knit, crochet and yarn bomb.

Yarn Bombing – After the Sit & Stitch, we’ll be yarn bombing downtown Whitehorse from 7-8:30.  Please join us to cover Whitehorse in yarn (temporarily).  Bring your own yarn bombs or borrow some of ours.

Yarn bombers everywhere took to the streets with their knitted and crochet yarn bombs. I can’t  wait to see the photos from around the world.   If you’ve got a photo of a yarn bomb to share or want to see others, check out the official Yarn Bombing Day Flickr site.    You can also follow the yarn bombing movement on facebook.  Curious to see who else is yarmbombing? Well the whole world is, check out this great map. 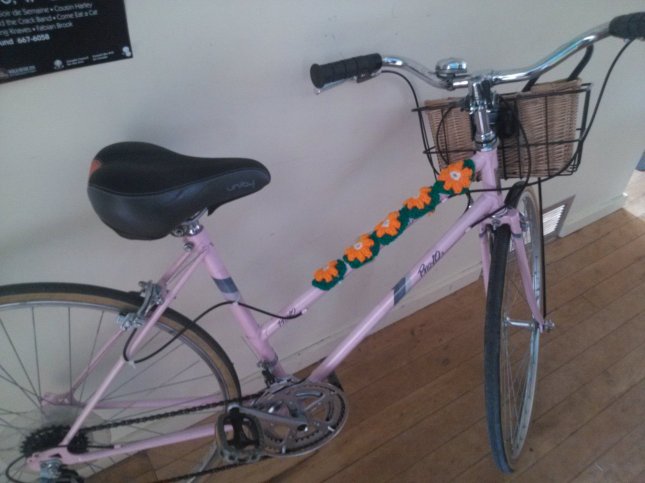 I yarn bombed my bike! I’ll be devoting a post to yarn bombing bikes soon.

Yarn bomb of one of my favourite things – a pay phone.